30 things you didn’t know about The Salvation Army

30 things you didn’t know about The Salvation Army 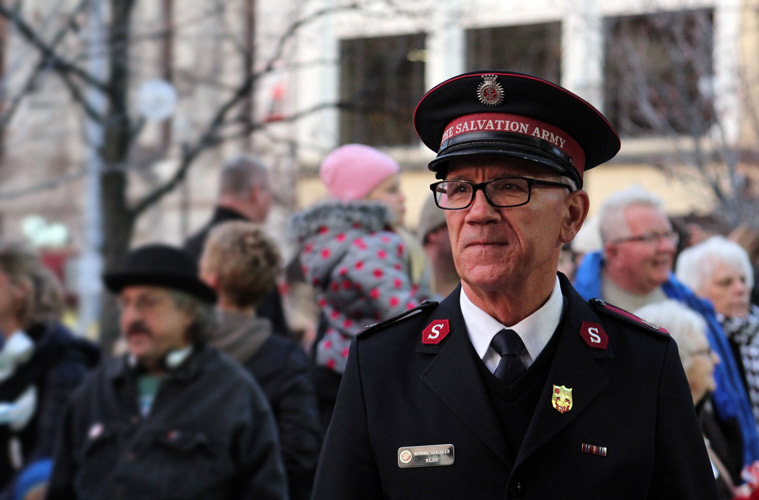 When many people hear of The Salvation Army, they think only of thrift stores and red kettles. Yet the Army is so much more.

The Salvation Army is a faith-based organization that began in London in 1865. The founder, a Methodist minister named William Booth, walked the streets preaching to the homeless, the hungry and the destitute. Booth’s efforts became The Salvation Army, which set out to offer compassionate, tangible service to people in need. The movement followed a quasi-military structure with Booth as its first General. As The Salvation Army spread, it became known as one of the largest providers of humanitarian aid. Today, The Salvation Army meets the physical and spiritual needs of people in more than 130 countries around the world, without discrimination.

Here are 30 things you probably didn’t know about The Salvation Army:

1. The Salvation Army provides assistance to those in need 365 days a year.

2. With more than 7,600 centers of operation in almost every zip code in the United States, The Salvation Army assists well over 23 million individuals nationwide throughout the year—more than 2.9 million of those during the holiday season alone.

3. About 82 percent of your donation to The Salvation Army goes directly to program funding to help people who need it most.

4. The Salvation Army operates numerous domestic violence shelters nationwide, where abused women and children can get a fresh start in life, safely and confidentially.

5. When you shop at Salvation Army family thrift stores, you are supporting adult rehabilitation centers that annually help nearly 147,000 people from every walk of life fight substance abuse and return to their communities as participating, contributing members.

See where your donation goes and get behind the scenes of an adult rehabilitation center in our free guide.

6. The red kettle debuted in San Francisco in 1891 in the guise of a crab pot. A depression had thrown many out of work, including hundreds of seamen and longshoremen. The campaign proved so successful that by 1900 it was imitated nationwide.

7. In its 128th annual campaign, the red kettles raised nearly $143 million in the U.S. in 2018. Kettle funds are used locally to provide a wide range of social services for those who need them most.

8. More than 3 million people volunteer for The Salvation Army nationwide each year.

9. The Salvation Army’s work in disaster relief began in 1900 in response to the devastating hurricane that destroyed Galveston, Texas and killed more than 5,000 people.

10. The Salvation Army began dispensing food and drinks near Ground Zero less than an hour after the 2001 terrorist attacks on the Twin Towers.  In our nearly nine months of service there, 40,000 Salvation Army volunteers, staff and officers assisted 4.5 million people with meals, pastoral counseling and social services.

13. The Salvation Army provided an opportunity to camp for more than 260,000 underprivileged children, seniors and adults last year.

14. Joan Kroc, widow of McDonald’s founder Ray Kroc, made the largest individual charitable contribution in history to The Salvation Army in 2003. Her $1.5 billion gift was given to the Army for the exclusive purpose of building recreational and community centers in under-served neighborhoods.

15. The Salvation Army was at the frontlines in World Wars I and II, offering comfort and pastoral guidance.

18. Peter Drucker called The Salvation Army “by far the most effective organization in the U.S.,” in Forbes magazine.

19. The red shield dates from 1896 and serves as the trademark for the Army’s social services.

22. Since the 1920s, a Salvation Army brass band from Southern California has marched in the Tournament of Roses Parade.

24. The first Salvation Army band was formed in 1882 by accident. Charles Frye and his sons offered their services as bodyguards for Salvation Army street preachers. They began playing music on their brass instruments to give them something to do while they protected the officers, and soon after quit their family business to lead the Army’s music department.

25. The Salvation Army led in the formation of the USO—United Services Organization. The USO operates service units, which serve members of the armed forces abroad.

26. “Strawberry Fields Forever” in the Beatles 1966 song by that name, is John Lennon’s nostalgic reference to a Salvation Army orphanage called Strawberry Field in Woolton, England.  Lennon is said to have played with childhood friends in the trees behind the orphanage when he was a boy.

27. Around the turn of the 20th century, Salvation Army church members known as “slum sisters” lived in the worst areas of cities like London and New York in order to be as useful as possible to their neighbors. They would visit homes to take care of children, nurse the sick, cook meals and do housework. They’d also visit bars, brothels and drug houses for the purpose of bringing the light of God into dark places. They weren’t radicals, just Christians doing what they believed was their duty.

28. Songwriters Jay Livingston and Ray Evans worked for Paramount Pictures and were asked to come up with a Christmas song for the film “The Lemon-Drop Kid,” starring Bob Hope. Using The Salvation Army bell ringers for inspiration, they wrote a song called “Tinkle Bells.” When Livingston went home and told his wife she had to fill him in on an alternate meaning of the word “tinkle.” They changed the name to “Silver Bells” and it’s been a Christmas favorite ever since.

29. Founders Catherine and William Booth and their family were strict vegetarians. The Booth family believed that eating a plant-based diet is conducive to better health and a means of avoiding animal cruelty.

30. The Salvation Army produces the Do Gooders Podcast knowing that life is busy, but each of us can do good right where we are. Join Christin Thieme, editor of The Salvation Army’s Caring Magazine, as she interviews guests each week for ideas to make an impact—from what it means to do good, to where to discover joy, what it is really like to be homeless or how to raise kid kids. If you want to be inspired and find tangible tips for simple actions you can take for good, this is the podcast for you. 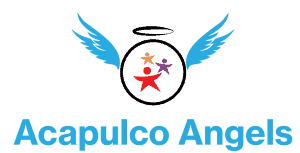 Acapulco Angels dba/Salvation Army Acapulco is a US 501(c)3 Nonprofit Charity USA IRS # 83-4211069
Acapulco Angels A.C. is a Mexican Associacion CivilMexico RFC # AAN200107TB6
All donations are tax deductible in the USA to the fullest extent of the law and eligible to receive a SAT Factura in Mexico.
Please see your tax adviser for your personal tax situation.
× product(s) added to cart → ×